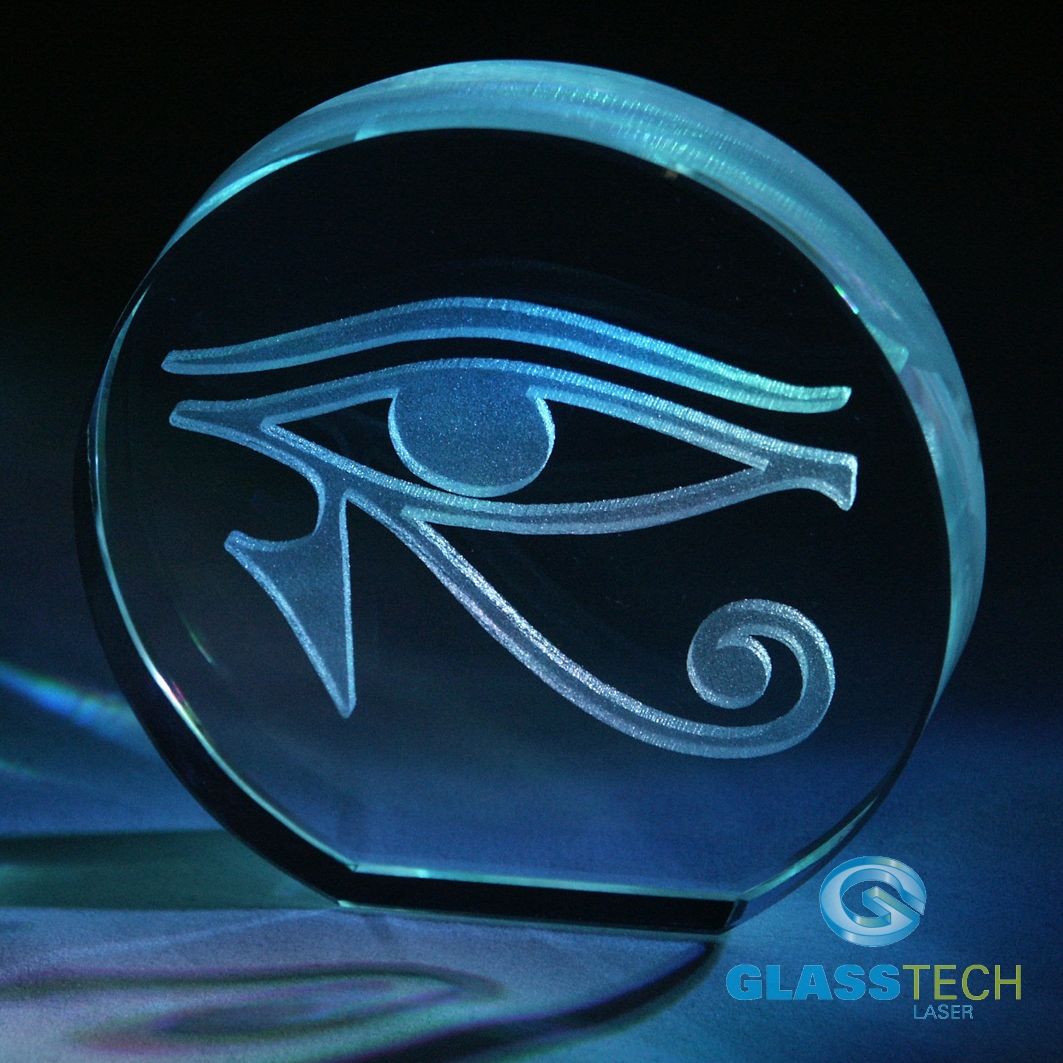 3D EYE of Horus in glass paperweight of dia. 90 mm.

The Eye of Horus is an ancient Egyptian symbol of protection, royal power and good health. .

In one myth, when Set and Horus were fighting for the throne after Osiris's death, Set gouged out Horus's left eye. The majority of the eye was restored by either Hathor or Thoth (with the last portion possibly being supplied magically). When Horus's eye was recovered, he offered it to his father, Osiris, in hopes of restoring his life. Hence, the eye of Horus was often used to symbolise sacrifice, healing, restoration, and protection